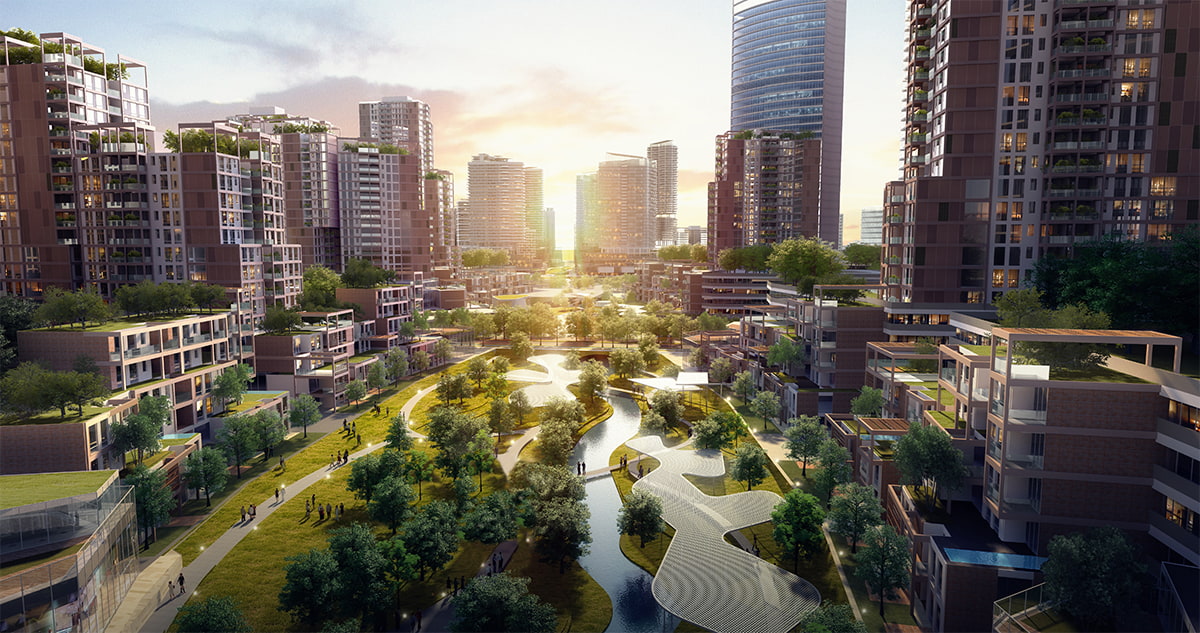 The first landed homes and serviced apartments put up for sale in Gamuda Cove, Dengkil, have seen a good response, said Gamuda Land chief operating officer Aw Sei Cheh. Speaking at a press conference after the groundbreaking ceremony of a water theme park in Gamuda Cove on Nov 21, he said Palma Sands — comprising 490 two-storey terraced houses launched in January — has seen a 70% take-up rate so far. The units have built-ups of 1,824 to 2,739 sq ft an d selling prices starting at RM645,000.

The first block of serviced apartments, Maya Bay Residences, was launched last month and has also recorded sales of 70%.The 220 units available (excluding the Mampu Milik units) have built-ups of 550 to 968 sq ft an d selling prices of RM250,000 to RM477,000.

More buyers of Palma Sands buy for their own occupancy while in Maya Bay, there are more investors.

The developer is looking to launch the second parcel of landed homes and the second block of Maya Bay Residences in two to three months, Aw said. “A lot of key differentiators for the yet-to-be named landed home s will be introduced. We are looking at a whole new way of design, layout and other things,” Aw said.

Apart from focusing on new launches, Gamuda aims to promote tourism activities to drive socio-economic growth in the area with facilities such as the upcoming water theme park and Discovery Park.

The groundbreaking for the 18-acre water park, which has a rainforest theme, was marked by a tree-planting ceremony. Targeted to be opened in December 2021, it will feature 18 rides, which will be the first of their kind anywhere or in Asia or Malaysia. For example , there will be water rides incorporated with virtual reality (VR) technology as well as interactive slides, leisure an d hospitality director Aaron Soo explained.

About 70% of the park will be alloted for green spaces with tropical trees, shrubs and flora, in line with Gamuda Land’s commitment to sustainability.

Soo said the developer will invest RM350 million on the water theme park, including the land cost, with the slides costing about RM90 million.

“To compete in this market, we want to be differentiated. Our key strategy is to introduce rides that are currently popular but unavailable in Malaysia so that when we open, we will be the leader,” he said.

The water theme park will be managed by the developer and will subscribe to safety standards set by The Global Association for the Attractions Industry (IAAPA). Soo said the entry tickets will not be more expensive than other theme parks.

Meanwhile, members of Gamuda Land’s loyalty programme G L Friends will enjoy discounts and promotions to the water theme park as well as other Gamuda Cove attractions, according to Aw.

Next month will see the opening of another attraction — the 23-acre Discovery Park, which will have two recreational zones — The Adventure Park and The Hangout Village.

Activities include a rope course and indoor go karting as well as Southeast Asia’s first Aerobar, a food hall and other F&B outlets.

Apart from these two parks, tourism in the area will get a boost with the 1,111-acre Paya Indah Wetlands, adjacent to Gamuda Cove, set to be given a new lease of life.

The developer has obtained approval in principle to partner the Ministry of Water, Land and Natural Resources and the Selangor government to jointly manage and operate the wetlands, Soo said.

He said the wetland s will be rebranded Discovery Wetland s by early next year to revive eco-tourism in the area and will boast new activities such as cycling, fishing, bird watching and horse riding.