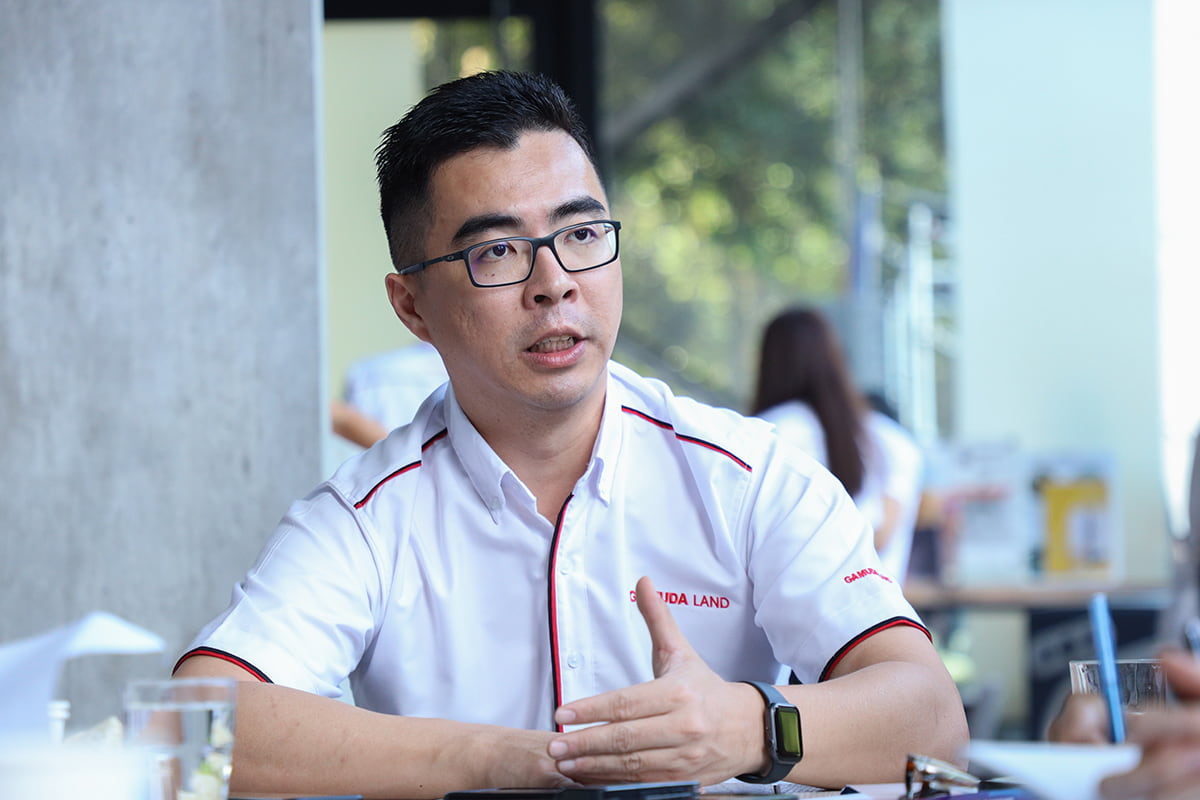 Aw during the topping-off ceremony of the Quayside Mall yesterday

The developer has secured about 40 tenants ranging from food and beverage, entertainment, fashion, and grocery to pharmacy players, including anchor tenants namely Jaya Grocer, Mr DIY and MBO Cinemas.

MBO Cinemas — the only cinema in the vicinity — will take up 45,000 sq ft of space, with nine halls and approximately 1,500 seats with ample leg room.

“There is a very big brand which is in the same league as Jaya Grocer and MBO Cinemas that is expected to take about 38,000 sq ft of retail space in the mall. We are still at the negotiation stage, but I think it is going very positively.”

“By the time we open, we would have a more than 80% occupancy rate. Right now, we are very picky in choosing tenants because the quality of the tenants is very important,” he told reporters at the topping-off ceremony of Quayside Mall in Kota Kemuning, Selangor, yesterday.

With 107 retail outlets spread over 328,153 sq ft of net lettable area and with about 1,300 car park bays, the retail space is set to be the biggest mall in Kota Kemuning upon completion.

The mall, which has a gross development cost of RM330 million, is projected to cater to a population of 15,000 when the township is fully completed in 2030, as well as the current and growing population of approximately 871,000 from the surrounding areas within a 10km radius.

twentyfive.7 is a 257-acre (104ha) integrated mixed development that celebrates vibrant community living distinguished by the Quayside Mall, The Buzz.ar, a community hangout open space, a central park with lakes, jogging and cycling paths and mindfully designed homes that are spacious with practical layouts.

Plans are underway for Gamuda Land to launch an apartment project in the RM4.3 billion development next year, Aw said.

“The loan rejection rate for twentyfive.7 is around 10%. It is not a high number because we attract the real buyers. Our strategy of developing townships with a lot of catalysts is still relevant,” he said.