GIANT SHIP DOCKED IN TOWNSHIP TO BRING PEOPLE TOGETHER 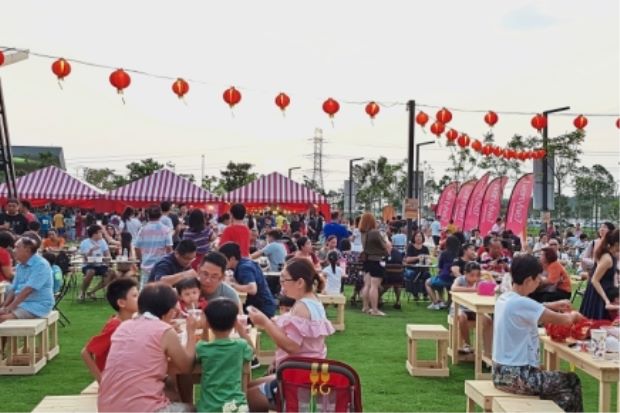 SOME 3,500 visitors ventured on “A Journey to Prosperity” as they bid the Chinese New Year celebrations “bon voyage” at a 12m-long Giant Ship of Prosperity docked in Kota Kemuning, Shah Alam.

Depicting the Chinese treasure ship steered by the explorer Zheng He from the early Ming Dynasty, the replica provided the perfect photo opportunity and a fireworks display added to the excitement at The Buzz.ar at twentyfive.7.

It is part of Gamuda Land’s newly rolled out placemaking initiative to reinvent public spaces into usable community places to bring people together.

“At Gamuda Land, we believe that the common ground for a town is the community, where people know one another, live and play together and look out for one another.

“Placemaking events of this scale bring people from the local community as well as greater Klang Valley together in a fun-filled Instagrammable setting.

“Whether it is a group of strangers, neighbours, close friends or families, such a memorable experience creates a platform for people to form a stronger community bond.

“Ultimately, a community that looks out for each other is a good community,” said twentyfive.7 general manager Chu Wai Lune.

Developing thoughtful relationships among people in each of their townships through activation of public spaces into community spaces is what inspired Gamuda Land to venture into placemaking.

While all Gamuda Land developments consist of community spaces within its masterplan, Chu explained that placemaking initiatives inject a breath of excitement into these spaces in hopes of reaching out and engaging with residents, as well as bringing the wider communities together.

Due to the good response, Gamuda Land has extended the docking period for the ship until the end of March.

A social media contest encouraging people to snap pictures of themselves with the ship, post it on Facebook or Instagram and hashtag: #twentyfive7 #gamudaland #ajourneytoprosperity2019 is ongoing.

Winners will stand a chance to win a grand prize of RM3,000.

KOTA PERMAI GREENS GETTING QUICKLY UP TO SPEED FOLLOWING EXTENDED…

Following Gamuda Land’s development principle of getting the places right to make the town work, twentyfive.7 in Kota Kemuning, Selangor, embraces the art of placemaking through community spaces that develops thoughtful relationships among residents.