A Community Where Happiness Lives 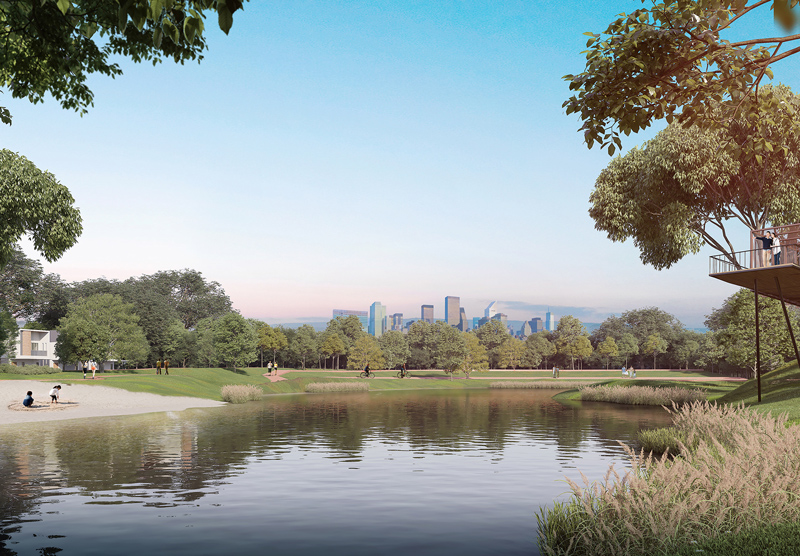 FOR over two decades, Gamuda Land has been creating sustainable township communities, ensuring residents enjoy an enhanced quality of life.

In every project, there is emphasis on comprehensive master planning, underpinned by good location and well-crafted environment that balances the natural surroundings with extensive facilities.

The conscious effort to design a development to reflect its natural surroundings helps to create a place which encourages people to explore the outdoors and take part in activities together with family and friends for a healthier lifestyle.

“Development is commonly misperceived as the cause of environmental destruction.

“To us, it is not just about environmental conservation, but how we can enhance the existing environment through mindful planning. 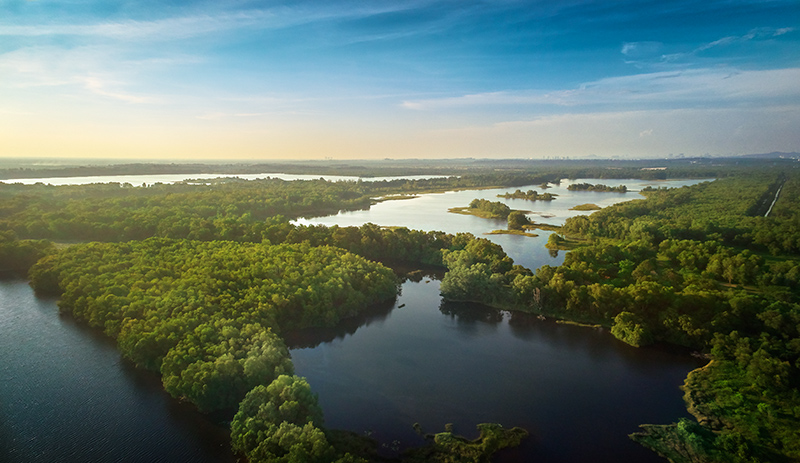 The wetlands adjacent to the site of Gamuda Cove.

“By listening to the land, we can create a more conducive environment that is better than it was before development,” said Gamuda Land chief executive officer Ngan Chee Meng.

To further strengthen its commitment to create a sustainable ecosystem for its townships and developments projects, Gamuda Land has rolled out its Gamuda Parks initiative.

Under this initiative, a group of experts has been put together to design, plan and enhance the maintenance of greenery within Gamuda Land’s townships and high-rise developments.

One of the main roles of Gamuda Parks is to monitor and coordinate measures to enhance the presence of biodiversity within a development while implementing design and maintenance standards to enhance the quality of living.

Biodiversity is a measure of the volume and range of species within any given environment. Tropical environments are considered to have some of the highest levels of biodiversity globally, but many urbanised areas are unfortunately sterile with low biodiversity levels, he said.

He added that the current agenda is to formulate a Gamuda Parks Biodiversity Policy which will comprise standards and guidelines for the three ecosystems mentioned above.

“We are also seeking advice from specialists including Wetland International Malaysia and Forest Research Institute Malaysia (FRIM) to have a more holistic approach for Gamuda Parks,” said Chan, adding that Gamuda Land is the first to embark on a scientific approach to measure the quality of the environment within developments. 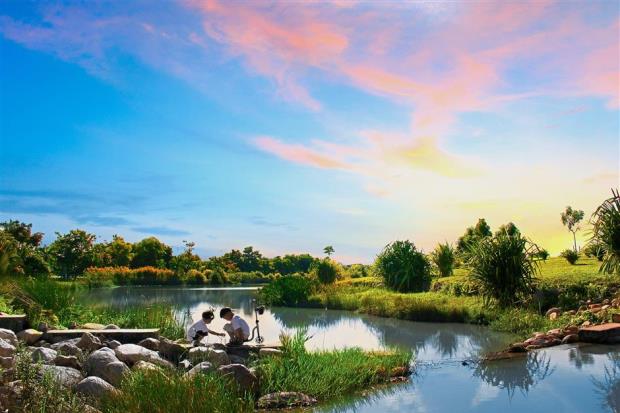 The award-winning Kota Kemuning Wetland Park creates a habitat for a variety of bird species and an ideal environment for local flora and fauna.

Gamuda Land has already been carrying out ongoing activities such as advanced tree planting and community gardens for its current townships.

“Advanced tree planting is advance procurement of a standard-size tree measuring 50mm to 75mm in diameter, being nurtured and monitored in a nursery by our in-house team up to a minimum of two years before actual planting on site so the community would not have to wait a few years for the trees to grow.

“We have also established community gardens where we grow edible vegetables and herbs for our township community at Kundang Estates, Gamuda Gardens and twenty five.7,” he said.

“Transplanting requires different methods: securing and cutting the rootball, trenching, wrapping and transporting while advanced tree planting is direct planting after transporting, resulting in less shock to the tree and faster recovery.

“Trees of desired sizes will be identified and procured in advance, and then planted in poly bags to ease transportation and ensure the rootball is intact for planting.

“Through advanced tree planting, there will be sufficient green in the development and various plant species to create a balance ecosystem while promoting local or native species. At the same time, we will enhance biodiversity in that area,” she said. 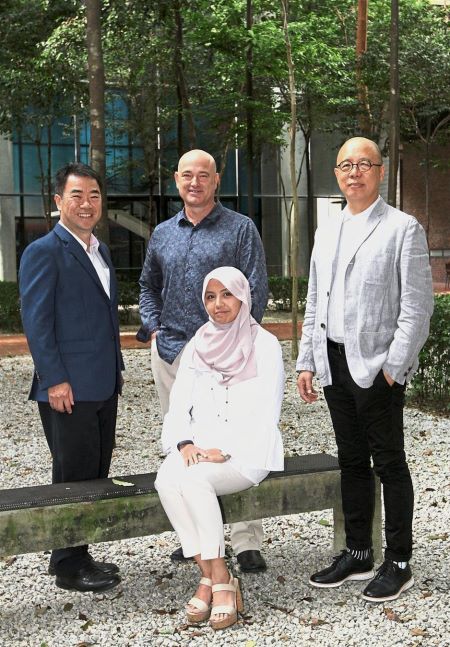 Gamuda Parks will start off with Gamuda Land’s two latest flagship townships – Gamuda Gardens and Gamuda Cove – with focus on the latter as the new project allows work to start from scratch.

Joining The Gamuda Parks’ team is Walrus Design which has been appointed the landscape architect for the central parks in the two development projects.

“Our first venture together was the multiple award-winning Kota Kemuning Wetland, followed by the installation of indigenous forest belts around the edge of the golf course within the Valencia township.

“After more than 20 years, these projects demonstrated that habitats with enhanced biodiversity can be successfully integrated to coexist within residential developments and townships.

“As far as we know, the landscape we implemented is now far richer in wildlife biodiversity than before the site was developed. But we could not substantiate such a claim without a formal measure.

“However, with the Gamuda Parks initiative, now we can record data through scientific measurement,” said Walrus Design director Julien T. Hodson-Walker, a consultant in the initiative’s team.

Set to be launched in September this year, Gamuda Cove sprawls across 620ha of leasehold land in Southern Klang Valley.

With a gross development of RM19bil, the integrated mixed-development is surrounded by greenery and forest reserve, and will have 40.5ha of lush green spaces including landscapes and parks as well as 36.4ha of recreational water feature.

On plans to increase biodiversity at Gamuda Cove, Hodson-Walker said the approach would be based on Gamuda Land’s principle of “listening to what the land has to say”.

“We are listening to the adjacent forest reserve ‘telling us’ what the predominant mix of trees which we can plant to suit the site location and conditions, and what the adjacent Paya Indah Wetland is indicating about creating beautiful lakes full of wildlife.

“We want to be sensitive and sympathetic to the peripheral forest reserves and wetlands as we integrate our parklands with the surroundings,” he said.

“The central theme is water in the form of lakes with wetland fringes surrounded by belts of indigenous woodland set within broad areas of open waterside meadows.

“The plants in these wetland and forest environments will grow and mature to support an increasingly broad range of wildlife that will enhance the overall level of biodiversity within Gamuda Cove,” explained Hodson-Walker.

Incorporating park elements will allow accessibility and interaction for township residents with the environment.

“Walkways and floating pavilions will allow close observation of the wetland habitats while gravel shallows will give residents the opportunity to wade on freshwater shoreline where children can net and observe wildlife,” he added.

Hodson-Walker said the biodiversity assessment will be done through a mapping exercise to progressively assess the success rate of the central parks in enhancing biodiversity.

“We are starting by conducting independent baseline flora and fauna audits of the site, then we will progressively measure the rate and range of biodiversity recovery against the baseline data.

“This will be an ongoing activity even after park’s completion so that we can map and measure the range of biodiversity we have achieved from time to time,” he said, adding that the team intends to engage residents and park users in the process as part of an educational and interpretive programme.

He pointed out that biodiversity is important as it is an indication of the environment’s health.

“Biodiversity forms the vast array of ecosystems that critically contribute to human wellbeing. The greater the level of biodiversity, the healthier the environment.

“By consciously initiating enhanced levels of biodiversity within the Central Park at Gamuda Cove, our aim is to create a long-term increased in the sense of wellbeing for residents,” he said.

Gamuda Cove comprises a self-sustainable township and commercial development along with green transportation while emphasising landscaping and water feature elements. 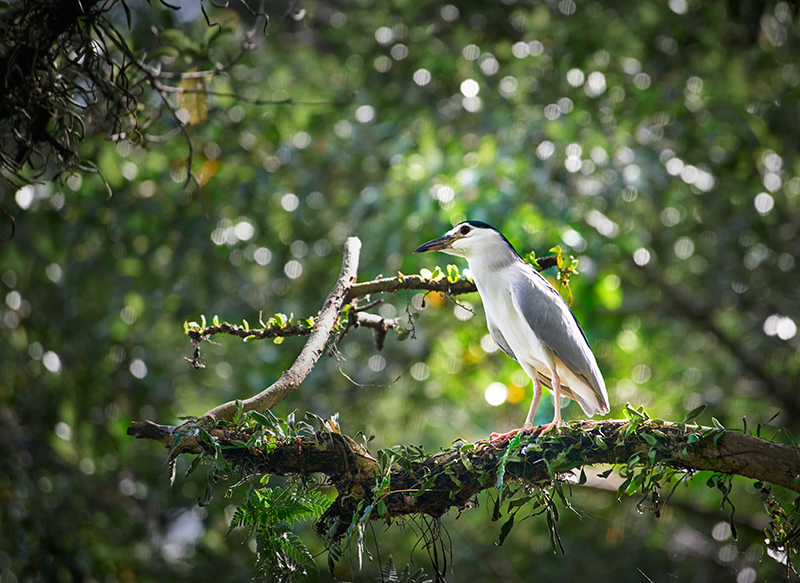 The plants and forest environment will support an increasingly broad range of wildlife that will enhance the overall level of biodiversity within Gamuda Cove.

The North-South Expressway Central Link (Elite) via interchange is expected to be completed by mid-2019 while flyovers connecting Putrajaya, Cyberjaya and Dengkil will be constructed to enhance connectivity.

Minister gets firsthand look at sustainability features of Gamuda Cove