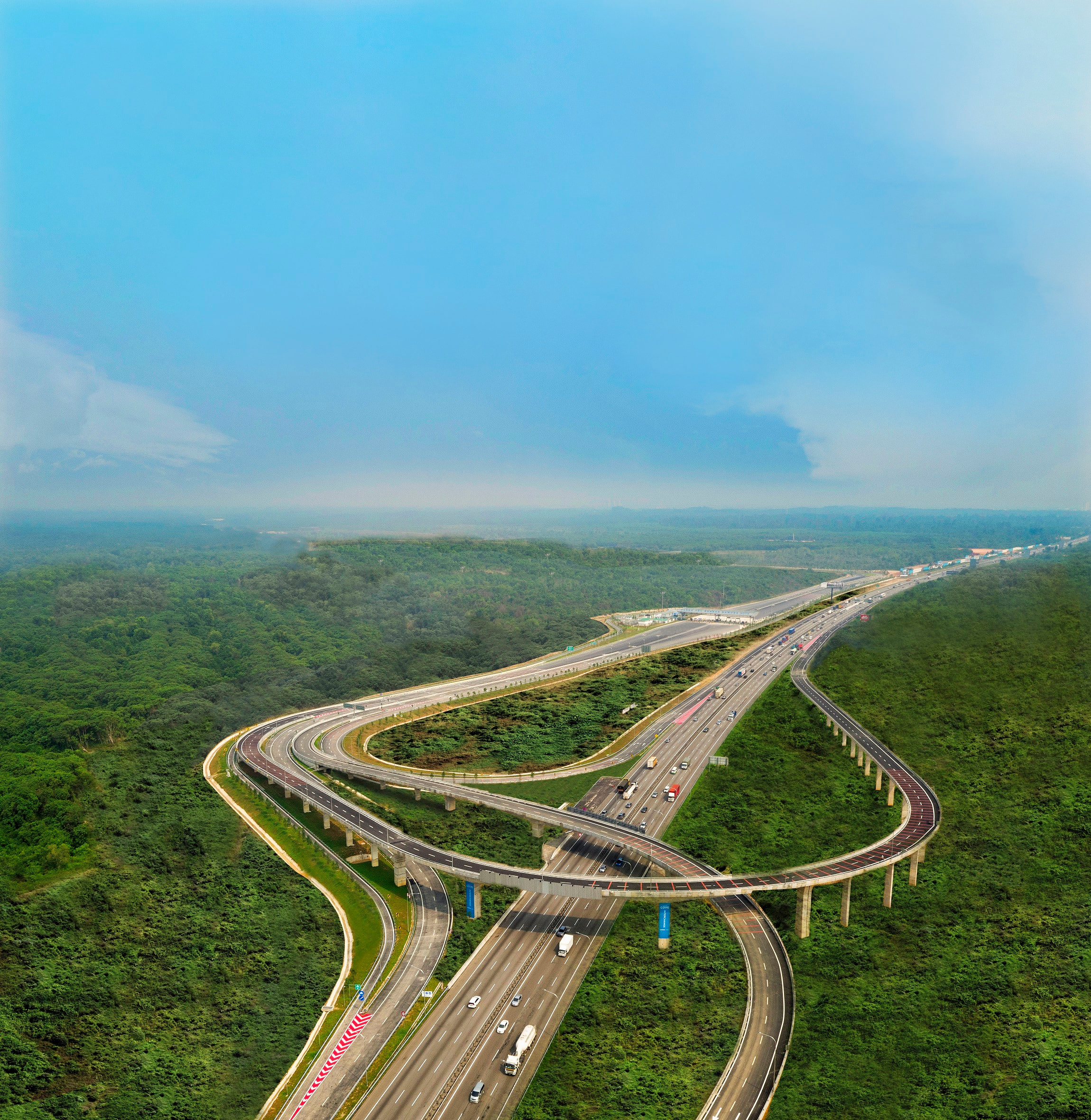 GAMUDA Cove, designed to be a sustainable smart city and nature-inspired sanctuary, has begun its journey to be the nucleus of southern Klang Valley with the opening of the new Gamuda Cove Interchange(GCI).

With an upfront investment of RM150mil, the opening of the interchange located at KM26.70, will now provide direct access from the North-South Expressway Central Link (Elite) into the 619ha Gamuda Cove township.

Stretching approximately 1.6km South-bound and 1.1km Northbound respectively, the interchange is the first and main access into the township, and will be the key access point for its future phases of development.

Two additional proposed linkages will connect Gamuda Cove and Cyberjaya via Persiaran Cove Selatan in the near future.

The opening of the interchange will also pave the way for the potential 25 million visitors coming in through the Kuala Lumpur International Airport (KLIA) and KLIA2 to visit Gamuda Cove’s 20ha Discovery Park.

The park which comprises two recreational zones – the Adventure Park and Hangout Village – is slated to open by end of 2019.

Next in the pipeline for Gamuda Cove is the water theme park to open by 2021, which will complement the Discovery Park, eco-tourism activities at the adjacent Paya Indah Wetlands, cultural activities as well as a town square.

At the GCI launch held near the Bandar Gamuda Cove Toll Plaza in Banting, Works Minister Baru Bian said the interchange would be a catalyst for development in the surrounding areas.

“When access from one place to another place becomes better, it will give added value to various property developments, industries and municipalities.

“I visited Paya Indah Wetlands this morning and I am impressed with Gamuda Land’s efforts to integrate nature with its development,” he added.

Construction of the Gamuda Cove Interchange began on Jan 9,2017 and was completed on July 25 this year.

It is equipped with a 12-lane toll plaza, washrooms, prayer rooms and parking bays.

Gamuda Land executive director Datuk Abdul Sahak Safi said the interchange was built to link with nearby cities and hubs, such as Putrajaya, Subang Jaya, Cyberjaya, Puchong and KLIA via Elite highway.

Gamuda Land chief operating officer Aw Sei Cheh said they had received a lot of public enquiries for Gamuda Cove’s phases of developments because of its potential and strategic location.

Aw said the first phase of the development involved construction of 198 units of Palma Sands Double-storey terrace houses out of 490 such units there.

He said the remaining units would be built under other phases.

Meanwhile, he said Maya Bay Residences in Gamuda Cove would consist of 972 units of serviced apartments to be developed in stages.

According to Aw, there are also plans to develop a 20ha area for signature lifestyle water homes as part Gamuda Cove, involving a gross development value (GDV) of RM500mil. 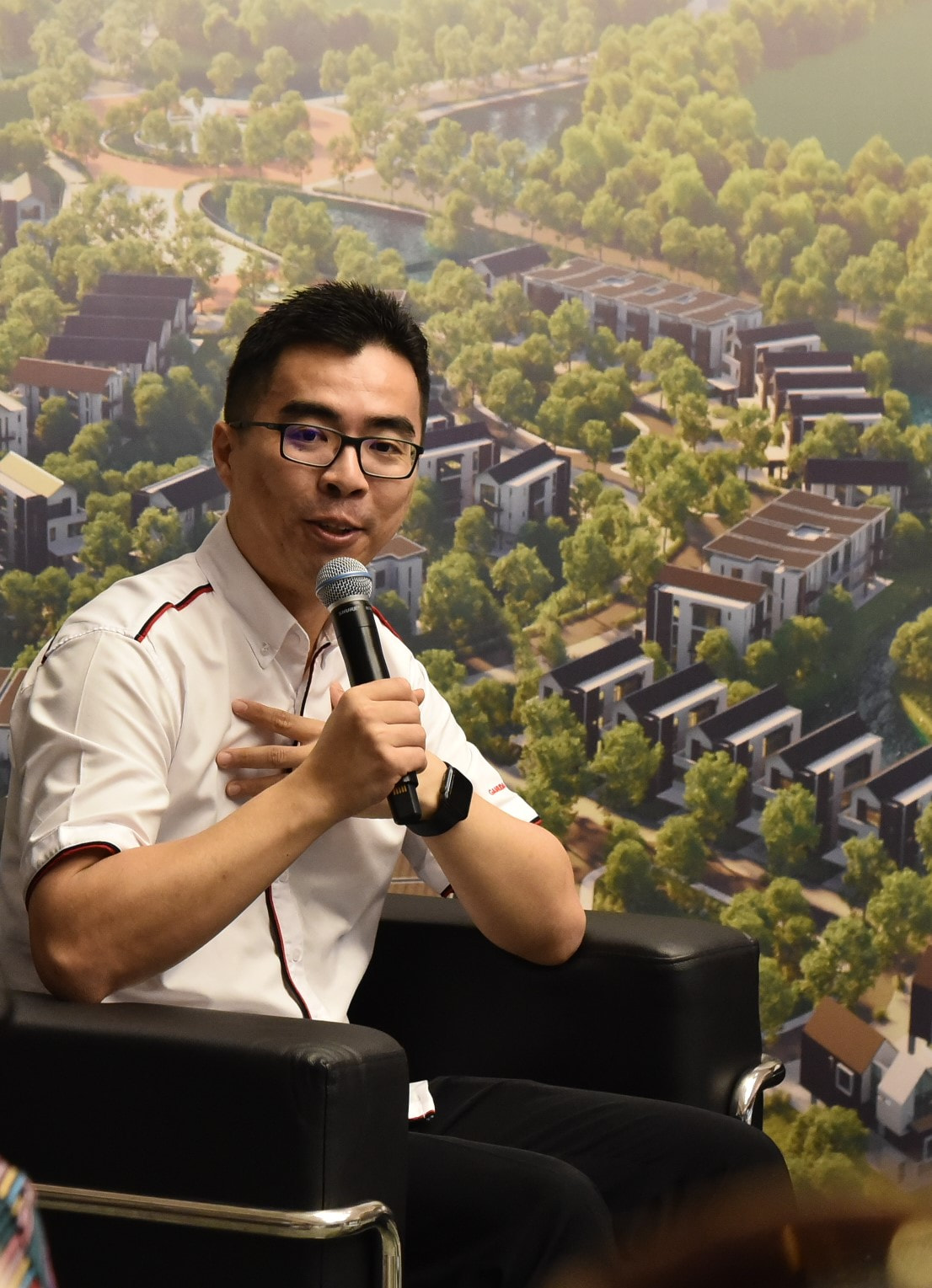 “We will build a private jetty for the residents to have access to the clubhouse and waterfront commercial areas. They can take a boat to do their daily groceries,” he said of the development surrounded by lush greenery.

“It will be first of its kind in Malaysia, and ideal for those looking for a unique home,” he added.

Gamuda Cove has a GDV of RM20bil and is expected to be completed in 2038.

The Gamuda Cove Experience Gallery also gives guests a comprehensive look at what it has to offer with its immersive virtual reality experience rooms and show atrium.