If A Species Falls And No One Sees, Will It Make An Impact?

If A Species Falls And No One Sees, Will It Make An Impact? 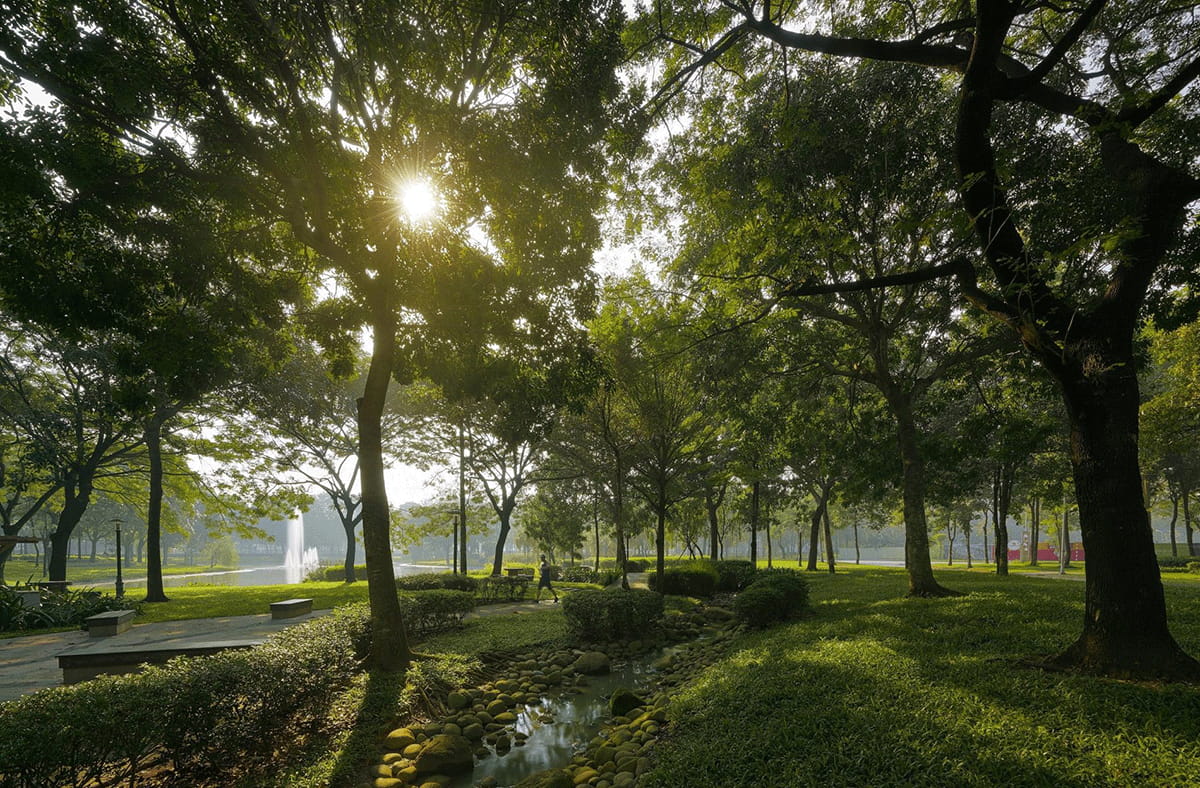 Forward-thinking developers have acknowledged the importance of building properties that do not upset local biodiversity.

SOMETIMES IT’S HARD to be aware of the impact we have on other species that share our planet. Especially when we don’t see them every day. Which is often the case when considering a country that’s merely across the border, let alone half way around the world from where you’re reading this article right now.

According to the International Union for Conservation of Nature (IUCN), more than 27,000 species of flora and fauna are (at time of writing) threatened with extinction. Other scientists have even predicted that the world could lose up to 30-50% of species by the middle of the 21st century.

Some species, like the Sunda Pangolin, are under threat because of human appetites.

The scaled animals have seen their populations thinned due, in large part, to extensive poaching. The illegal trade of their scales and meat is especially huge in China and Vietnam; countries driving the illegal export of both live animals and their parts from countries such as Indonesia, Laos, Malaysia, and Myanmar.

Other species are on the brink due to development, like the critically endangered Tapanuli Orangutan. Only discovered in 2017, and acknowledged as the world’s rarest great ape, there are less than 800 of these majestic animals left in the wild. Their entire population is under threat of extinction thanks to the proposed development of a hydroelectric dam miles away.

However, many organizations around the world are refusing to accept that this is the final fate that awaits several of our animal species. They are taking responsibility and finding their own ways to protect the planet’s biodiversity and ensure that we co-exist in harmony with our neighbors. Not just for the benefit of local ecosystems, either. Lessons learned in one country can easily go on to benefit another.

Fighting against the tide

There are some organizations that are taking a direct approach to combating immediate threats, like the Global Coalition to End Wildlife Trafficking Online.

Spearheaded by the World Wildlife Fund and leading technology companies such as Microsoft, Google, Facebook, and Instagram, the initiative combats the illegal wildlife trade by taking away their digital tools. By shutting down loopholes in social media and e-commerce platforms, the coalition is making it more difficult for poachers and traffickers to ply their wares online.

Other organizations, like Gamuda Land, are adopting solutions that have both an eye to the future and global application. The property development group in Malaysia is focusing its energy on creating a long-term solution that promotes biodiversity in its townships.

By including biodiversity as a key consideration during their planning, the developer has found a way to help flora and fauna thrive alongside their residents. 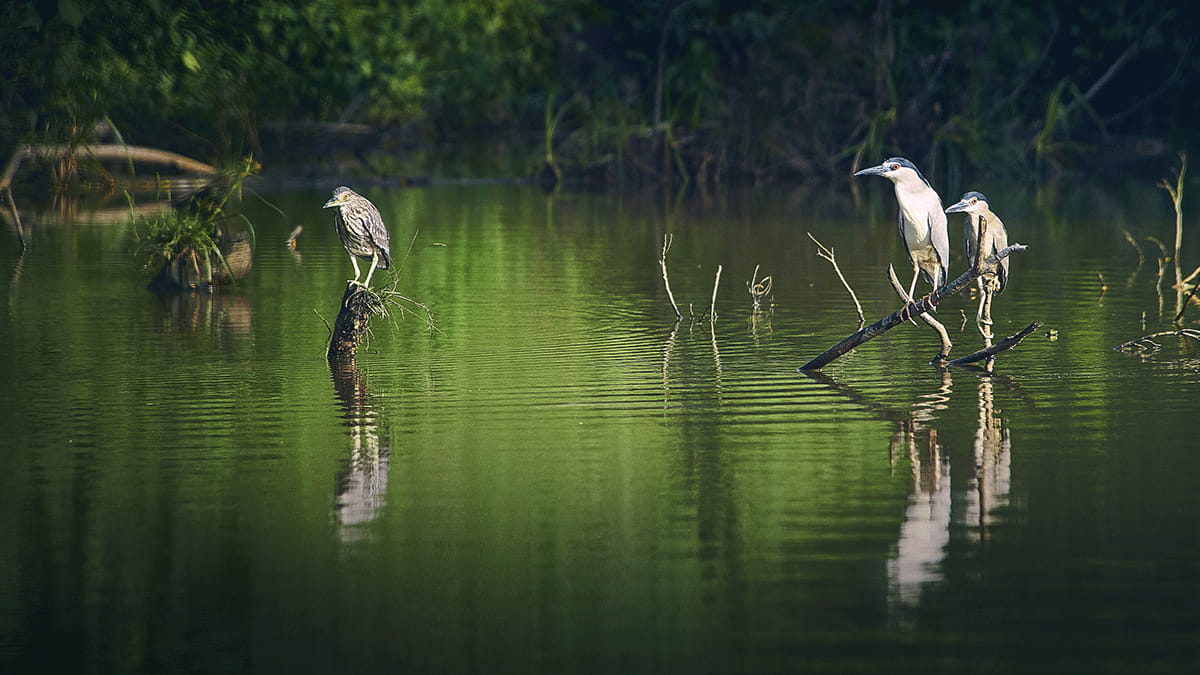 Many animals, including birds, are able to live peacefully alongside humans at Gamuda Land townships that prioritize biodiversity.

Gamuda Parks, a sustainable landscape initiative, actively ensures that endangered animals and plants are protected through a biodiversity policy that serves as the overarching guidelines for their design, implementation, and township management.

First, they build their townships with the help of external partners and advisors who help choose the native plants which will attract the right species of fauna to the parks and gardens in their townships. This careful approach helps ensure that a healthy and balanced ecosystem can be sustained – comprising plants, animals, land, water, the atmosphere, and humans.

Since 2018, new townships from Gamuda Land, such as their Gardens and Cove developments, undergo a biodiversity audit to measure the level of change. Each audit offers an indication of the health of the ecosystem in a given area. Over the years, the data will be able to show if biodiversity in the area has increased or decreased as a result of the developer’s involvement and impact.

Gamuda Land takes this data seriously. They will use it to ensure that they always comply with local regulatory frameworks. Along with regular monitoring, they also share regular updates with the Department of Environment, which provide measures and solutions regarding environmental impact on project sites.

Valencia, a completed 280-acre township is today home to migratory birds, various species of butterflies and insects, native trees, and overall lush greenery enveloping the development, indicating the health of the ecosystem in this area for all inhabitants – human and animal alike. 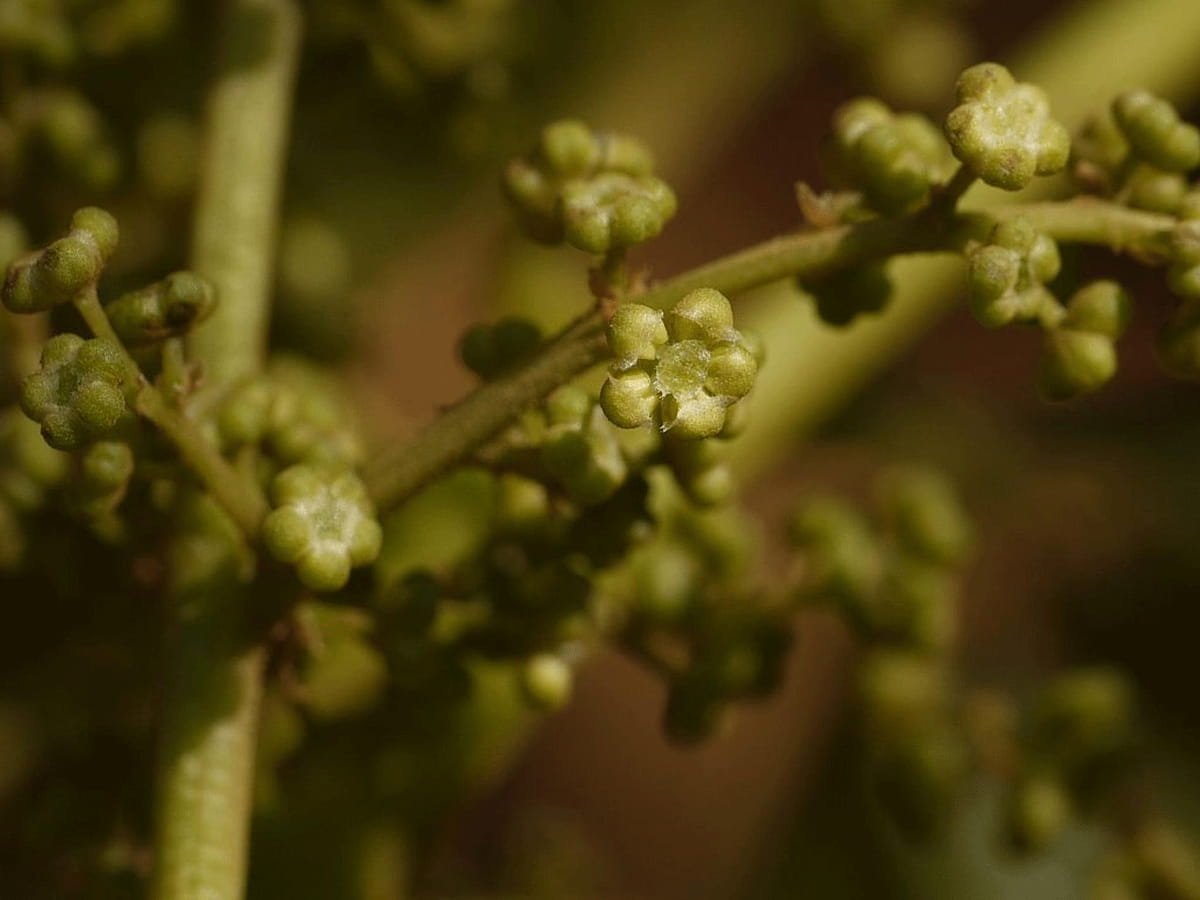 The unique Melicope lunu-ankenda is a plant species that is thriving thanks to the biodiversity-friendly policies enacted by the Gamuda Parks initiative.

Unique plants like the Melicope lunu-ankenda, a species that can grow either as an evergreen shrub or a tree that is up to 30 meters (98 feet) tall, are being carefully nurtured to be transplanted to Gamuda Cove’s 60-acre central park in the near future. 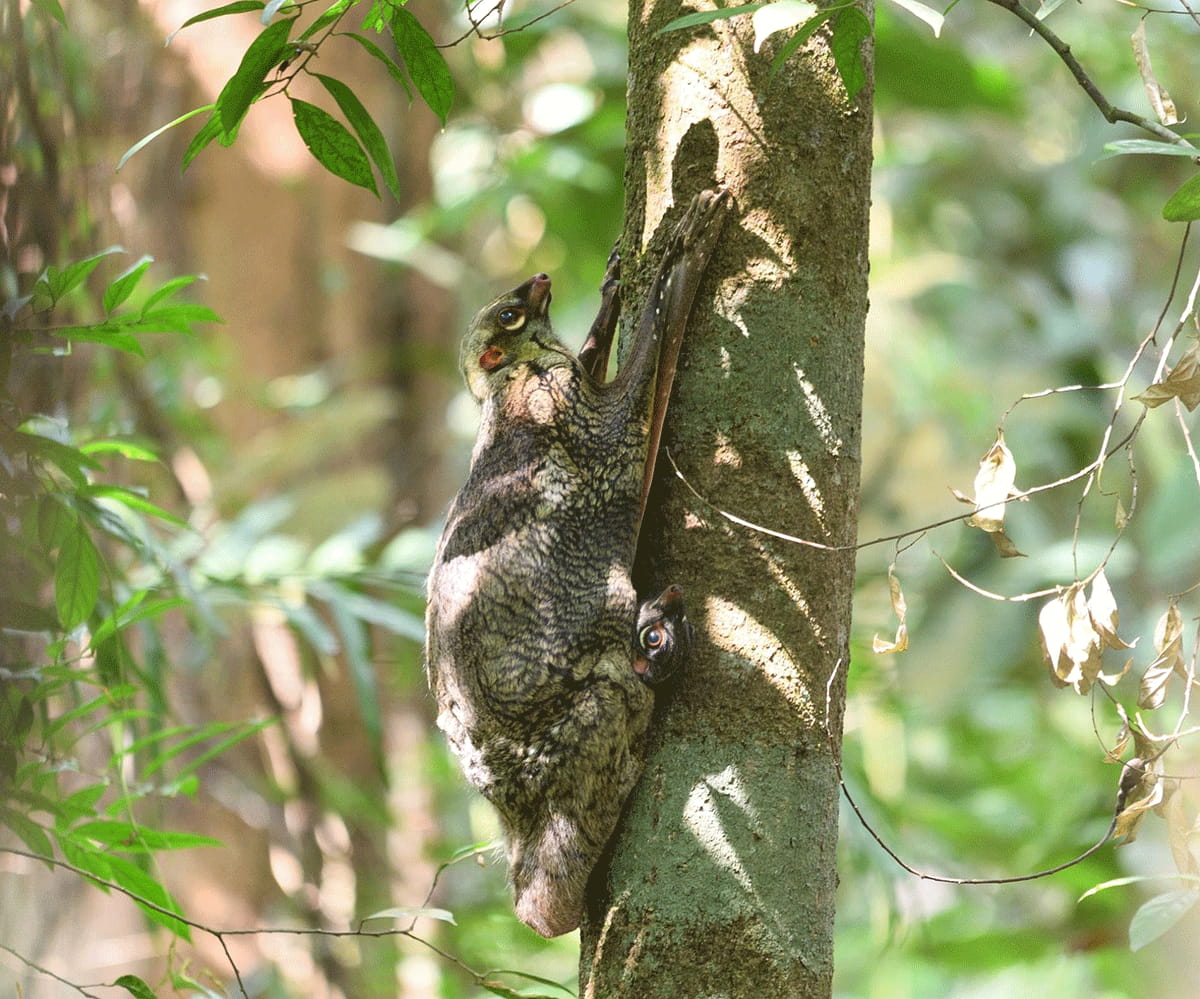 The Malayan Flying Lemur is known for its ability to glide in the air while travelling from tree to tree.

The Malayan Flying Lemur, a rare species that is under threat due to deforestation and a loss of its natural habitat has also been sighted at Gamuda Gardens. The developer’s plan to reforest the area, in the form of a 50-acre central park that features five cascading lakes and two waterfalls, means that they could find a home there in the future.

Listed as a “totally protected” and “near-threatened” species by the IUCN, the Chestnut-bellied Malkoha is a bird species that is known for its long tail, grey head, and light-colored bill. These birds face a declining population due to peat fires and forest degradation. Thankfully, they can soar freely in the Cove parklands. 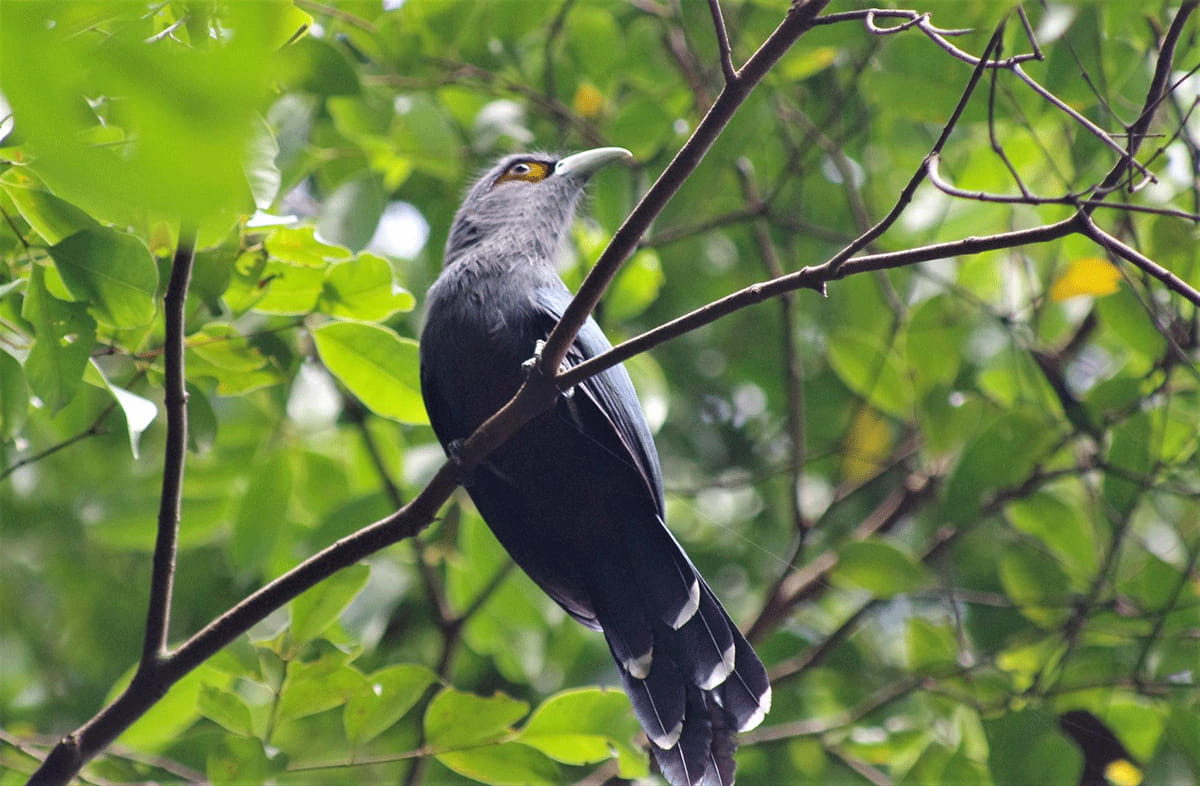 The Chestnut-bellied Malkoha is a bird species that is known for its long tail, grey head, and light-colored bill.

Hope for the future

The efforts from initiatives like these teach an important lesson to other companies around the world. Though it may take a lot of dedication, it is possible to adopt a conscientious approach to development that prioritizes planet and other, often more in need, species.

The world’s flora and fauna may be facing mounting challenges, but humans can do their part to help them thrive. If we listen to the land and take the initiative to live harmoniously with them, we may be able to prevent these species from being relegated to photographs and history books.

“A society grows great when old men plant trees whose shade they know they shall never sit in.” – Greek proverb

There is hope for the future, we must all simply do our part. Even if we can’t always envision the end result.

Things to Know About Home Inspection During Vacant Possession

What to Consider When Property-Hunting During the Pandemic

Our Own Tree-mendous Arboretum