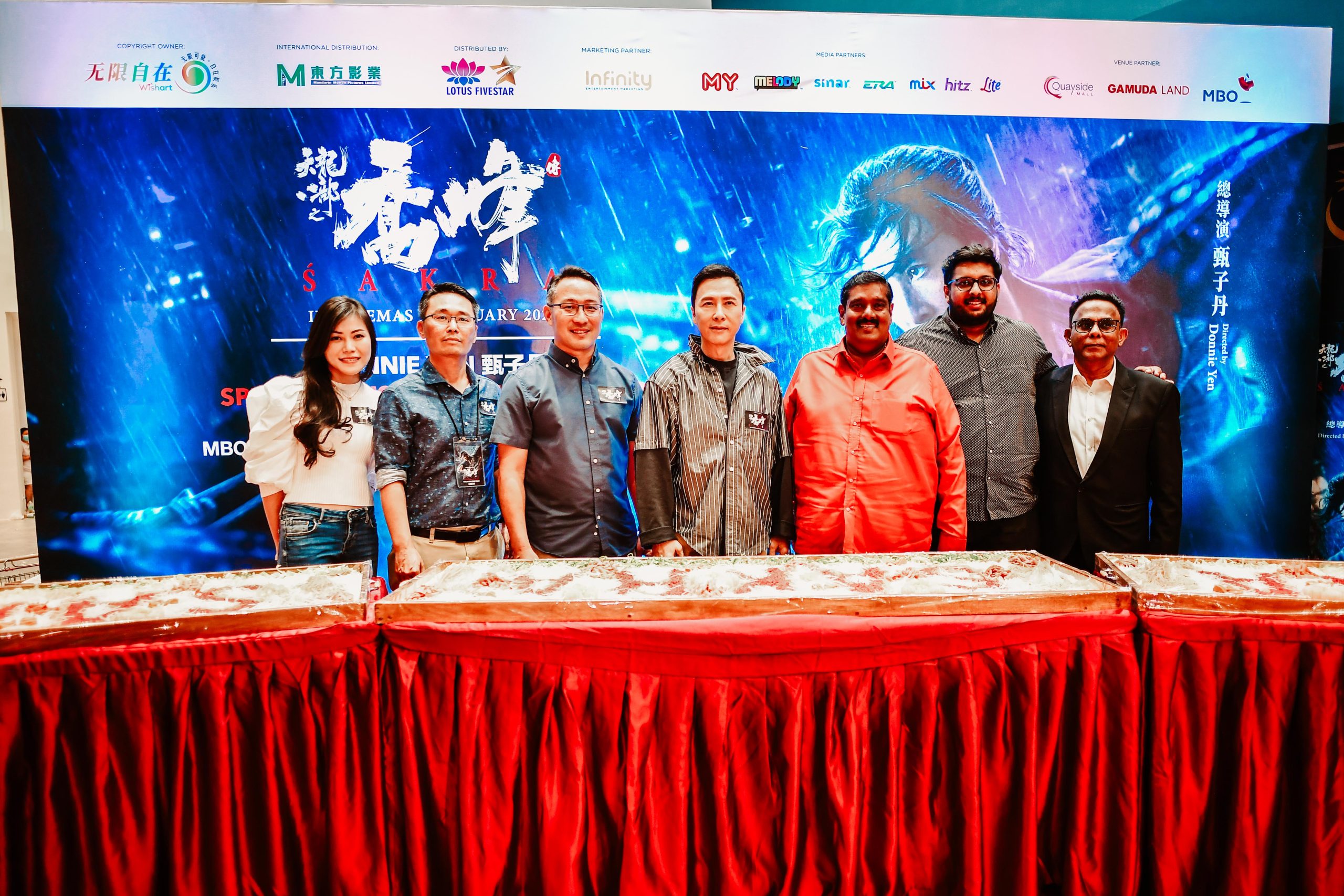 Kota Kemuning: Hong Kong action star Donnie Yen concluded his two-day Malaysian tour to
promote his upcoming action-packed movie, Sakra at Quayside Mall, twentyfive7. The event
included a fans meet-and-greet session and concluded with a Special Fans Screening at MBO
Cinemas where 1,200 moviegoers had the opportunity for an early screening, ahead of the
movie’s premiere on 16 January 2023.

Ten lucky draw winners through Quayside Mall’s Spend & Win campaign also had a once in a
lifetime opportunity to ‘lou sang’ with Yen ahead of the Chinese New Year celebrations. The
campaign allowed shoppers who spent a minimum of RM 88 to redeem two free tickets to the
early Special Fans Screening and enter the lucky draw. Ensuring the event remained
wholesome for the whole family, a ‘Flourishing Prosperity x Sakra Colouring Contest’ for
children aged 5-12 years was also incorporated, where Yen personally handed out prizes to
the winners in a special prize giving ceremony.

Chin Chek Siong, a resident of twentyfive7 who shops regularly at Quayside Mall exclaimed,
“I’ve always been hesitant to join lucky draw contests as I never won. When I was informed of
being one of the lucky winners to ‘lou sang’ with Donnie Yen, I was speechless. This is definitely
a lifetime experience I’ll never forget and definitely the most special Chinese New Year for me.”
Directed by, co-produced by and starring Donnie Yen, Sakra is adapted from renowned
Chinese novelist Louis Cha's best-selling wuxia classic, Demi-Gods and Semi-Devils. The movie
also stars Chen Yuqi, Cya Liu, Kara Wai, Wu Yue and Cheung Siu Fai, with special guest
appearances by Lui Leung Wai and Tsui Siu Ming.

Gamuda Land’s General Manager (Commercial Real Estates), Alex Kua stated, “We are so
honoured that Quayside Mall was a part of Donnie Yen’s Malaysian tour for Sakra. Since its
opening in December 2020, Quayside Mall quickly became a new landmark in Kota Kemuning
with all our other placemaking facilities. Attracting such opportunities gives our residents and
visitors a chance to be part of such an exciting event.”

From now until 1 February 2023, Quayside Mall will continue to excite visitors through its
‘Flourishing Prosperity’ campaign in conjunction with the Chinese New Year festivities. Visitors
can expect performances such as Acrobatic Lion Dance, Drum Performance, God of Prosperity
Walkabout and Lion Dance Walkabout.

Quayside Mall is located in the township of twentyfive7, Kota Kemuning. It hosts a variety of
placemaking amenities and facilities to complement the vibrant township. Masterplanned for
the community in mind, twentyfive7 is a collection of interconnected places and spaces for
fun, F&B, shopping, entertainment, living and most importantly, personal connections.

To know more about the events and happenings at Quayside Mall, visit quaysidemall.com.my