By The Star15 March 2021Sustainability 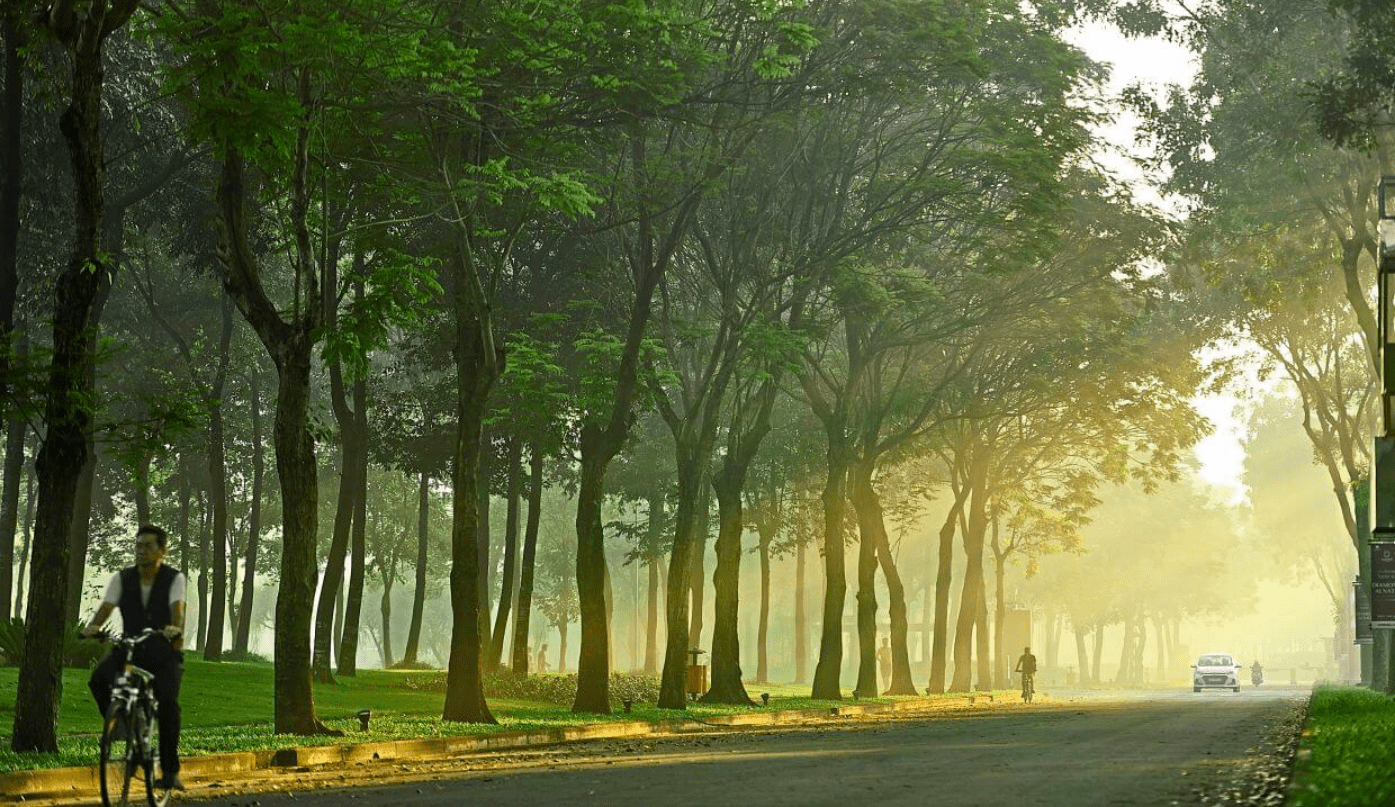 Benefits of trees for residents include cooling of ambient temperatures and well-being enhancement, as seen here in Celadon City, Vietnam.

Nature is an interdependent ecosystem that sustains our growth and survival on this planet. Unfortunately, this fragile balance is in danger of tipping into disaster, as a lack of emphasis on sustainability drives environmental issues such as climate change and biodiversity loss.

Global warming in particular is hitting closer to home, with a recent study by urban rejuvenation firm Think City finding increases in peak land surface temperatures of more than 5°C since 1988 across Ipoh, Johor Baru, and George Town. This effect is attributed to climate change and the urban heat island effect, as well as lack of greenery.

Tackling environmental change on this scale requires not just government intervention, but the efforts of private players and individuals as well. With this in mind, Gamuda Land has launched its #OneMillionTrees initiative to preserve and promote the country’s biodiversity, with the aim of planting one million trees across its townships by 2023.

Executed through Gamuda Parks, which was established to drive Gamuda Land’s biodiversity enrichment, nature education and township building efforts across its portfolio, the initiative is in line with the developer’s core principle of listening to what the land has to tell us, while supporting the Energy and Natural Resources Ministry’s 100 Million Trees campaign as well as global climate change relief efforts.

A clarion call for change

“These initiatives are timely, as the United Nations estimates that we have less than a decade left to prevent irreversible environmental damage to the planet, ” said Khariza Abd Khalid, chief operating officer of Gamuda Parks and head of landscape architecture at Gamuda Land.

“Gamuda Land is doing its part to combat climate change by building sustainable townships and working with native communities to plan and implement long-term seed gathering, nursery and tree-planting strategies.”

The fight against climate change focuses on tree planting due to the diverse environmental and social benefits trees bring.

Trees can reduce ambient temperatures in cities by up to 7°C by breaking up the urban heat island effect, for example, while enhancing well-being in surrounding communities. Some tree variants can also be home to as many as 500 species of fauna and flora, enhancing biodiversity conservation efforts.

Gamuda Parks has planted 334,248 trees throughout Gamuda Land’s developments, of which 50% are native species with a target of 70% by end-2021. These include 26 flora species categorised as vulnerable, endangered or critically endangered in the International Union for Conservation of Nature (IUCN) Red List of Threatened Species, which benchmarks the conservation status of species worldwide.

This showcases Gamuda Parks’ mindful curation of the tree species it works with, as it strives to create vibrant and sustainable arboreal ecosystems towards Gamuda Land’s #OneMillionTrees target.

Such ecosystems are vital in the fight against climate change, as showcased by air temperature studies in Gamuda Land’s Celadon City development in Vietnam demonstrating readings 1°C to 2°C lower in park areas compared to surrounding urban road systems.

By crafting its townships with connected greenscapes and greenery patterned after natural forests, as seen in Gamuda Gardens in Klang Valley North, Gamuda Land promotes biodiversity while combating global warming and delivering a cool, comfortable environment for residents and visitors.

From seedlings to flourishing forests

“This is a very ambitious effort, but definitely a step in the right direction. It has the potential to make Gamuda Land the leader in sustainable development, ” said Dr Francis Ng, expert botanist and Gamuda Parks panel expert.

“Growing trees successfully on a big scale will require years of sustained effort. It would be disastrous, for example, to plant 100 million trees, only for the trees to die within a short time, ”

To ensure the sustainability of its tree planting efforts, Gamuda Parks uses advanced tree growing methods in holding nurseries where tree species are grown for two years or more, with optimal maintenance practices, until they are ready for transplanting.

“To produce and distribute 100 million trees in support of the Government’s campaign, we would need to make available a very wide choice of trees, designed to suit a range of market niches.

“Property developers can kickstart the process, but independent growers are also needed to widen the range of species and develop new ways to design and package trees, ” said Ng.

Partnering to plant for the planet

Gamuda Land’s cultivation of partnerships, not just with independent growers but across the industry and society at large, showcases the developer’s increasingly sophisticated and holistic approach to environmental, social and corporate governance (ESG).

By involving stakeholders at every level, it ensures the sustainability of the #OneMillionTrees movement.

To date, its partnership efforts through Gamuda Parks include seeding programmes and medicinal wetlands planting for residents in its developments.

“Members of the native community are well-versed with tree species germination patterns, and can maximise seed harvesting throughout the year, ” said Awang Muzaiddin, founder of Binturong Alam.

“Their knowledge of fruit trees and their role in forest ecosystems enhances the vibrancy of tree planting efforts.”

Through its work with the native community, Gamuda Parks fosters job creation in orang asli settlements while leveraging on their forest expertise and knowledge of the land.

The participation of a wider spectrum of stakeholders amplifies the impact of its climate change relief efforts. Worldwide, it is estimated that up to a quarter of global lands are traditionally owned or occupied by native communities, with those lands managed by them seeing less biodiversity loss. 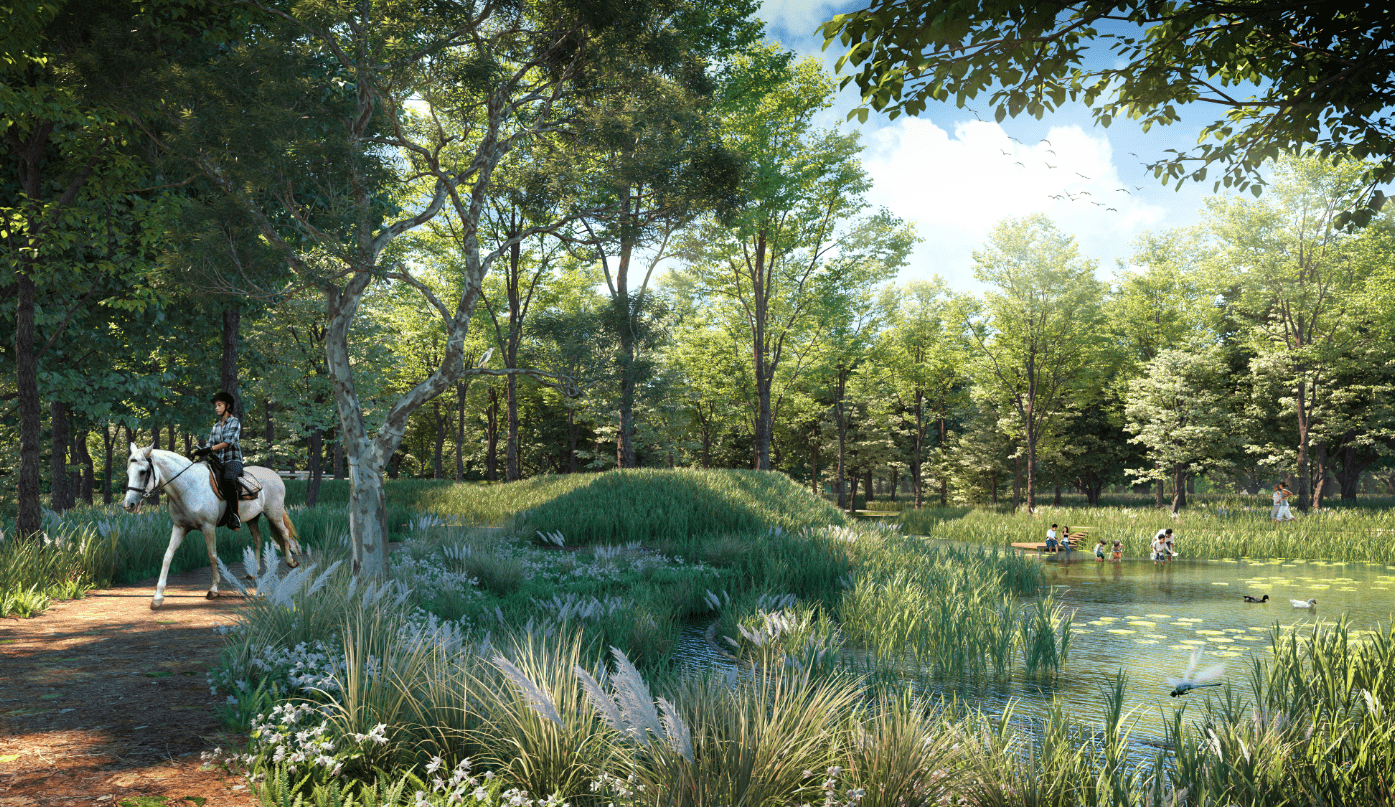 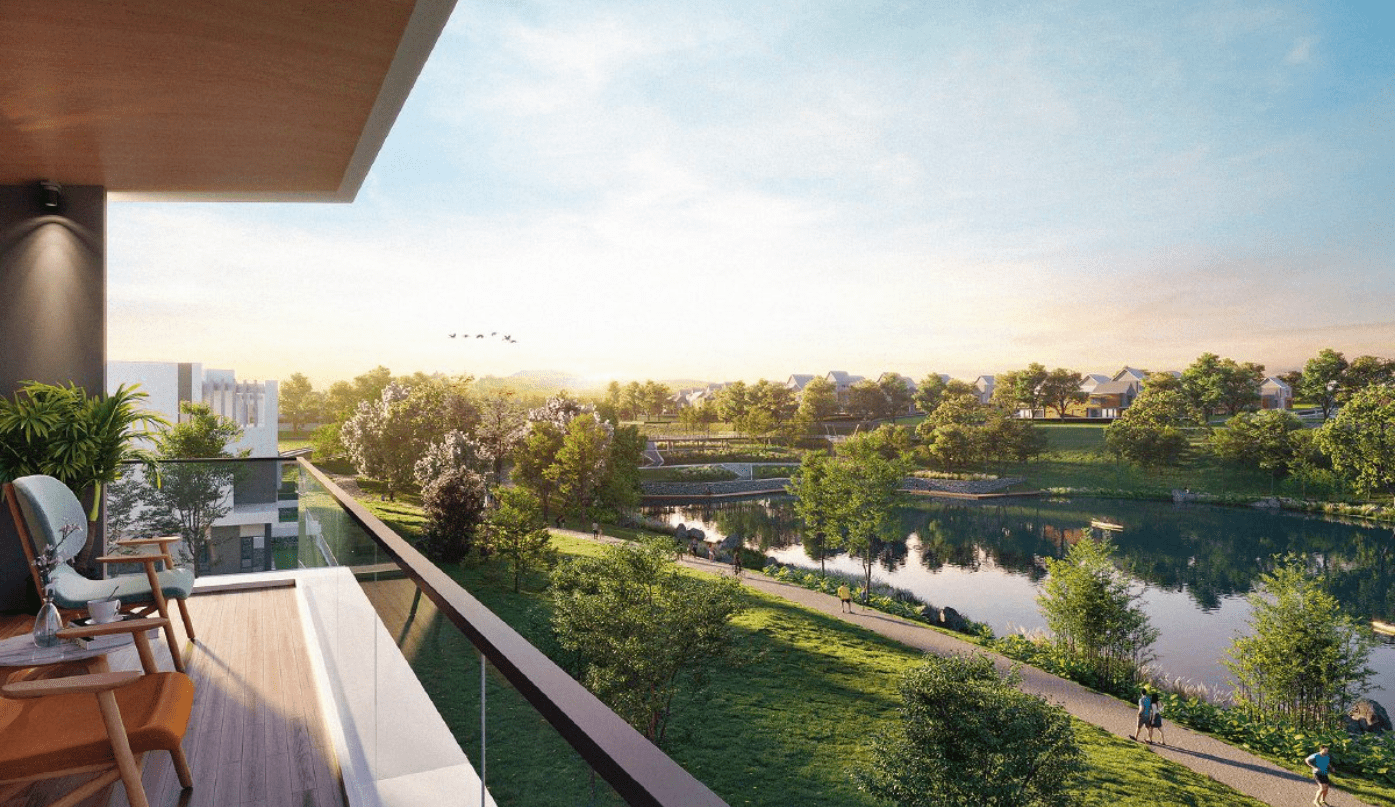 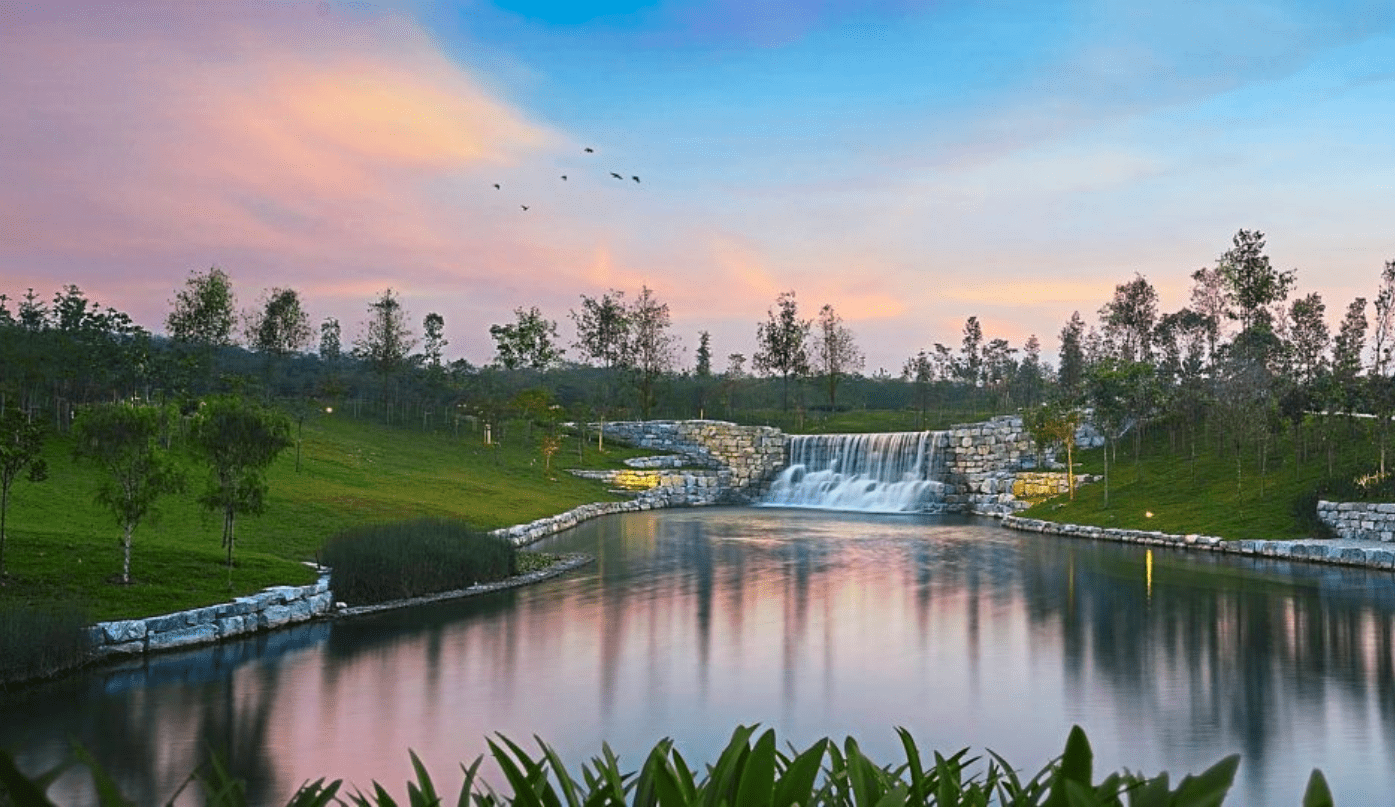 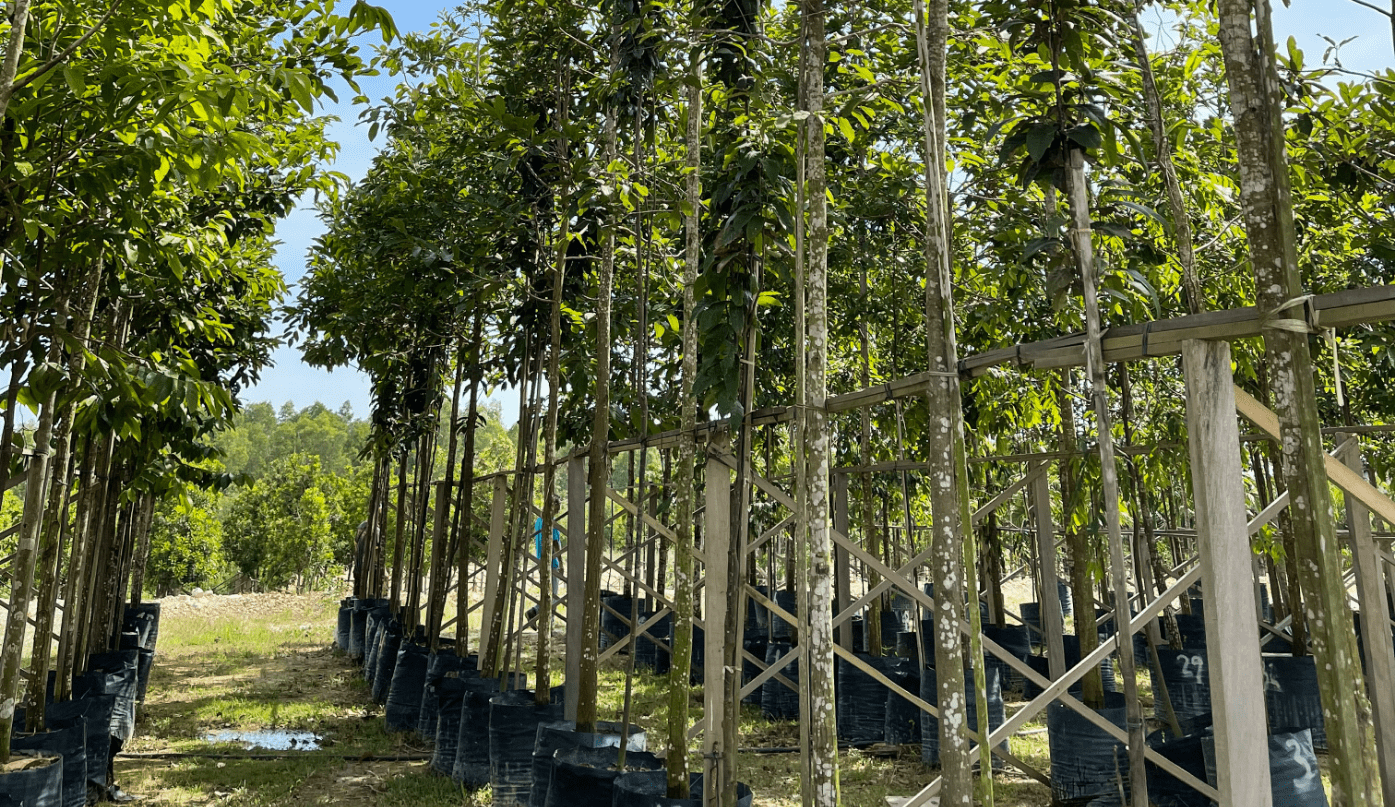 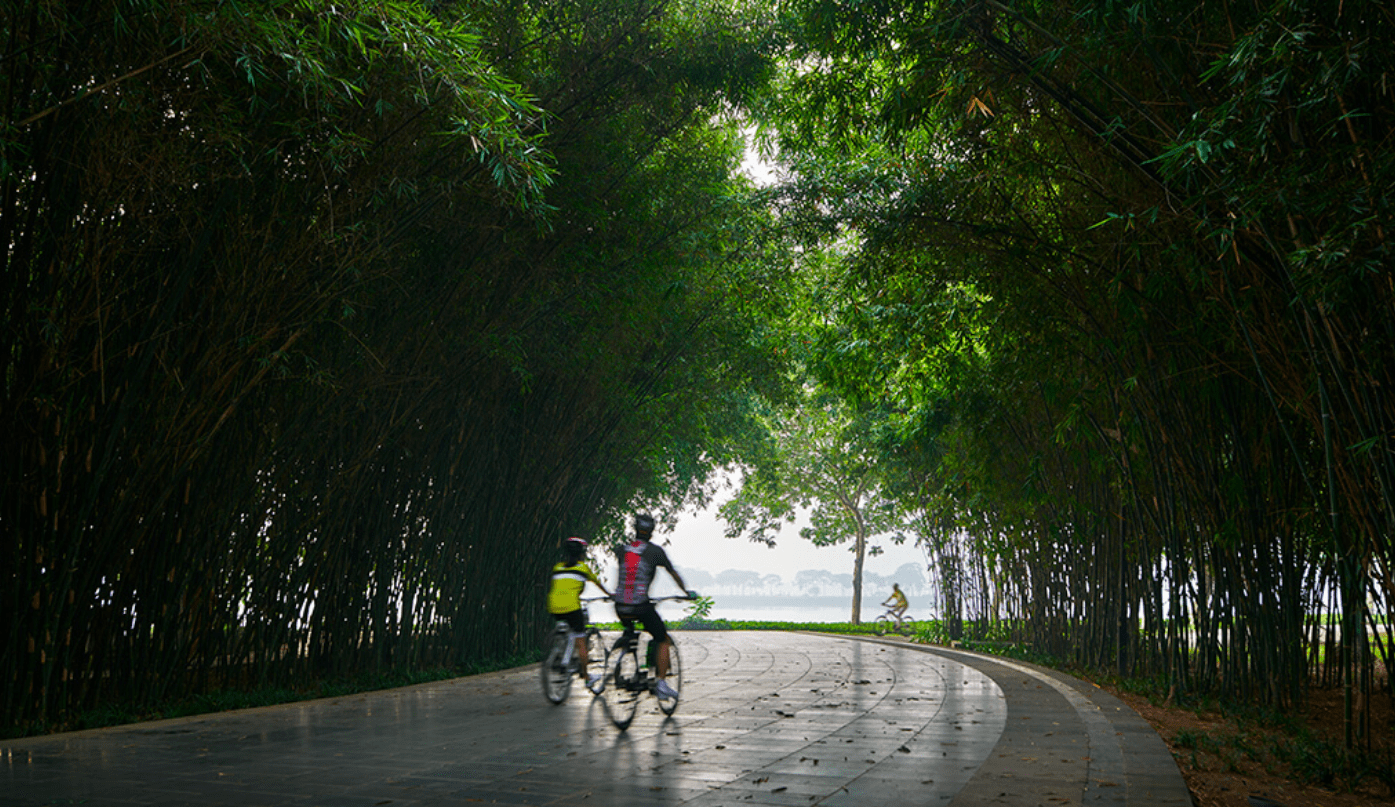 18 September 2021Sustainability
How Will Cities Adapt to Extreme Heat? 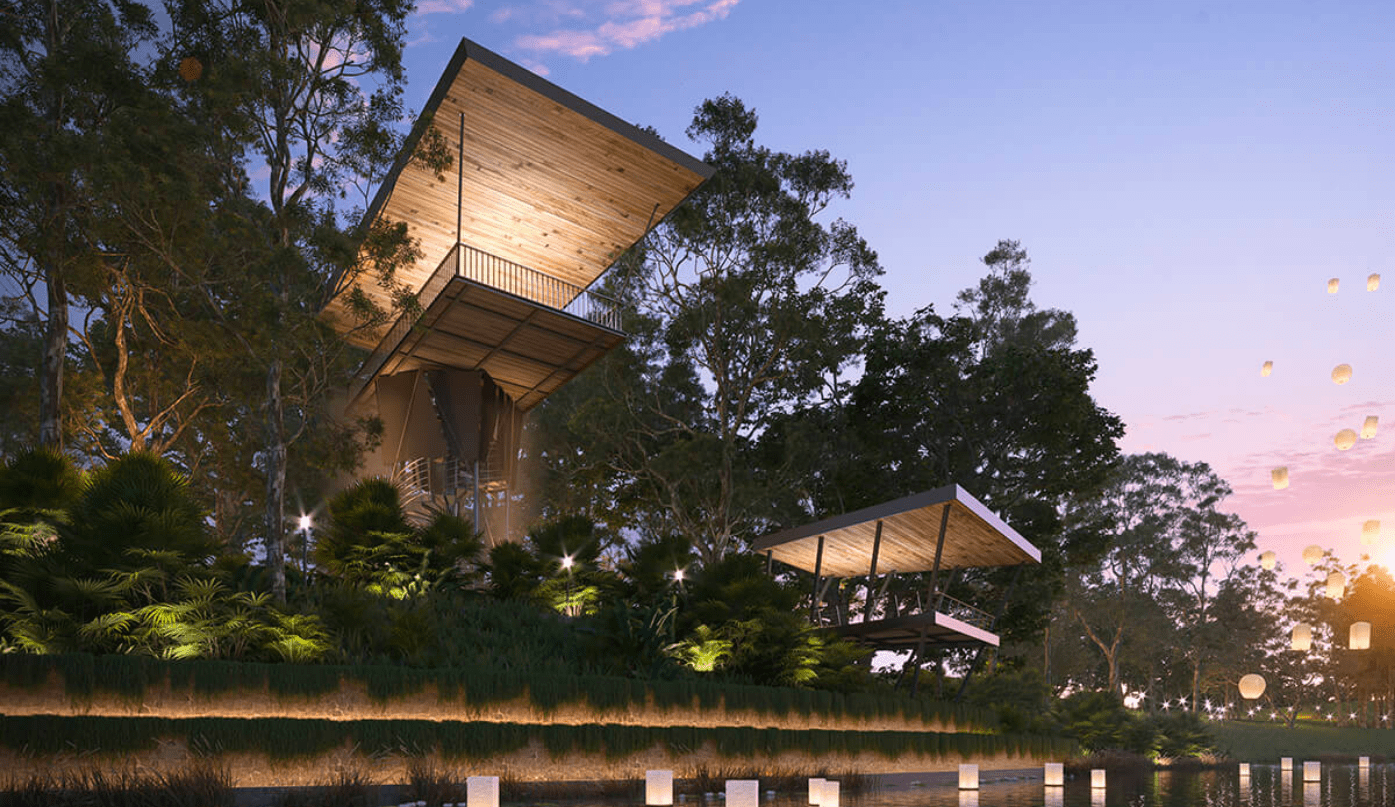